Steve, who works as Digital Transformation Editor for Digital First Media and Journal Register Company, spoke with the class about the changes going on within the newspaper industry as the print-to-online shift continues. He discussed his work online and in print and what the future holds for journalism.

The video runs about an hour and 20 minutes.

For more of Steve’s thoughts, visit his blog. 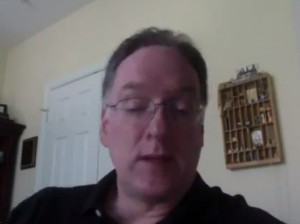