As we announced yesterday, we’re excited to be a part of the SU Student App Competition. We’re offering a $500 prize for the best student-designed news/journalism/civic media app. 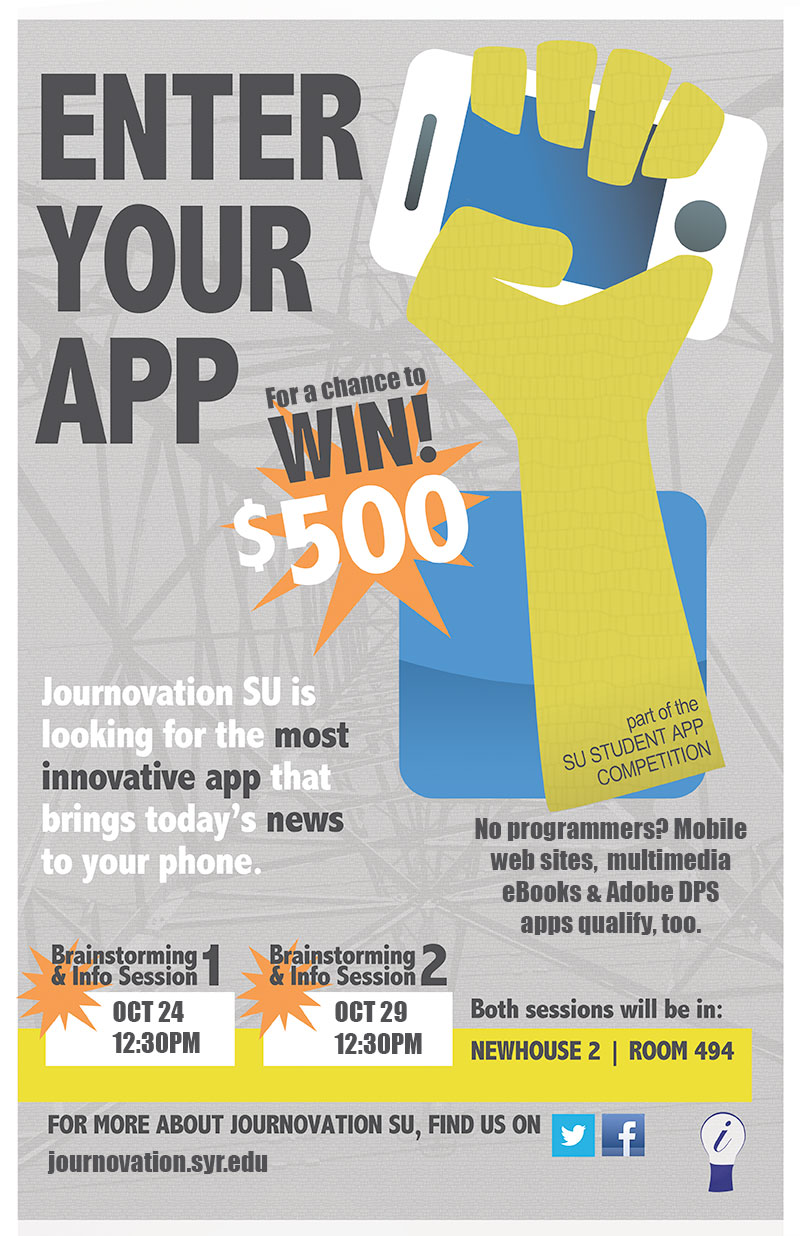 If you want more information on the contest, if you have an idea for an app but don’t know what to do next, or if you’re interested in this but don’t know where to start, we’re holding a couple of brainstorming sessions in the next two weeks:

Both sessions will be held in our office in Newhouse 2, Room 494. We’ll provide some food and the space to work on your idea and maybe find some collaborators.