Our latest Journovator Spotlight falls on a group featuring a pair of our own graduates from the Newhouse School – The Bly Project. We caught up with the founders at Spot Coffee in Rochester. You can watch the interview here (apologies for the coffee making in the background). 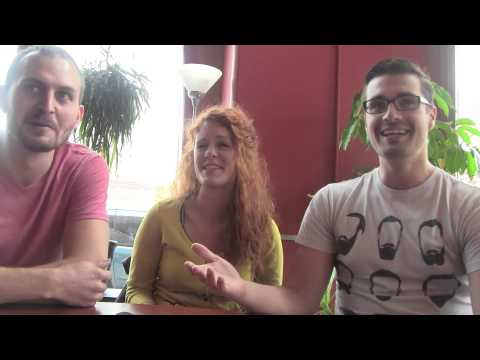 About The Bly Project

The Bly Project is Leah Stacy, Pete Wayner and Kevin Kennedy. Leah and Pete received their masters’ degrees from Syracuse – Leah was an arts journalism major, Pete was a magazine, newspaper and online journalism major. The three created The Bly Project, which they describe as “immersion travel journalism for social good.”

To get things moving, they created a pitch on Kickstarter that attracted $3,895 from 92 backers. They then used those funds to travel across the country, starting from their home in Rochester, N.Y. and culminating in Austin, Texas. They interviewed people along the way about what the American Dream means to them and compiled them into a series of multimedia stories that you can read on The Bly Project site.