My favorite innovations are the ones that are so easy and obvious that you hit yourself in the head every morning asking yourself, “why didn’t I think of that?” Repost.us is in that camp.

Repost.Us’ founder John Pettitt, also co-founder of e-commerce company Cybersource and career networking company Beyond.com, calls Repost.Us “Syndication in the 21st century.” He explains it this way: “If you see an article and want to repost it on another site, you have to find a human being and find out if you can do it. And that’s so last-century … there’s a better way. The video world has the embed. Why can’t you embed an entire article?” 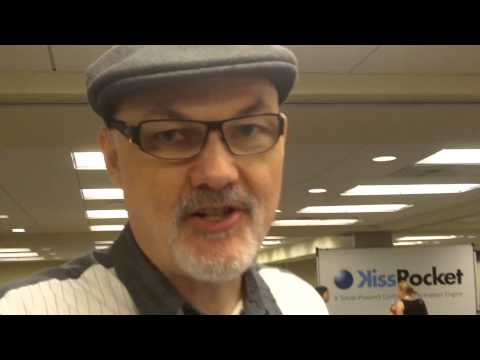 He has a point. A huge part of the blogosphere consists of sloppy rewrites and citations of other peoples’ content, usually (but not always) followed by a link to the full story on the originating site. These links are helpful to the content creators because it helps their SEO in Google, and also gets them a few more ad impressions for people who click through, but the click-through to those links is not terribly high.

As a result, a whole generation of content companies have emerged in recent years to aggregate, curate and make money off content that they simply found, but didn’t pay to create. For investigative journalism this is particularly problematic because the cost of those stories is never covered by the ads to the few readers who click into the original story.

This is where RepostUs shines. When you go to a site that carries the RepostUs code and try to copy a chunk of text, you see a friendly popup telling you that you can embed the entire article — a prospect that is actually better and easier than simply including a quote in your own post. You copy the embed code just like in YouTube, plop it into your blogging software and the entire contents of the article are included on your own site with branding of the originating site.

But the real power is that it also carries the advertising and analytics code of the originating site. This is where I smack myself on the head every time. Of course! This is a total game-changer for the hard-working journalist or blogger in many ways. (I know that Jeff Jarvis at CUNY, who exitedly told me about RepostUs the minute I saw him at the Online News Association conference, agrees).

I’m so excited about RepostUs that I’ve enabled it on this site, so if you want to see how it works you can do it right now. Copy any chunk of text in this article and see what happens, then embed the content into your own site. You can see examples where I’ve done this on my personal blog at http://futureforecast.com/blog.

Now if you excuse me, I need to go repost this article on a dozen of my other sites!

Prof. Pacheco is teaching two courses in the spring:

Click the links above to learn more about each course.