I just returned from a fast-paced tour of startups and journalists in New York City that are each shaking up the world of journalism in their own ways. I live-tweeted whenever possible using the hashtag #JournovationTour, and also took notes as I went along. This is a report from that trip.

Just for fun I wrote this in Spundge Pro, one of the startups I met along the way that I’m now evaluating for future use by students at the S.I Newhouse school. I just finished my first year as the Newhouse Chair of Journalism Innovation and will be co-teaching the class that feeds into the award-winning student-produced Newshouse site started by Jon Glass.

The five stops on my tour were:

I realized going in that this was a broad and varied group of subjects, but that was also the point. I wanted to talk to a variety of people in organizations big and small to show students of journalism how their field is being shaped from all corners — not just the legacy organizations, but also from startups. And if my small sampling from New York City is any indication, there’s plenty of change, disruption and opportunity ahead for journalists.

My colleague, multimedia journalist and Professor Corey Takahashi, came long to some of the meetings and saw a couple common threads: 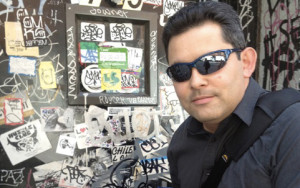 I will agree with that, and also add that journalists in larger organizations are trying to get out of each others’ way, and to remove artificial barriers to collaboration.

Over the coming days I will be publishing each stop as its own article, then link them all together as one package. Start by reading my report from stop 1 at The New York Times.

Looking ahead, this is what I hope to be just the first part of a multi-city tour that I take through this summer, with other locations including Washington, D.C. and possibly Chicago. Want to meet me on the next leg of the tour? Let me know via @pachecod or @JournovationSU on Twitter or fill out our contact form.