First of all, we hope you are safe and that your loved ones are safe. Our thoughts and prayers go out to everyone affected by Hurricane / Superstorm Sandy. 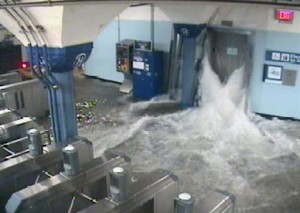 A PATH station in Hoboken, N.J. flooded in the storm surge of Hurricane Sandy on Monday, Oct. 29, 2012. (AP Photo/Port Authority of New York and New Jersey)

Natural disasters bring out many of the cliches of traditional media (reporters standing in the middle of a storm surge, photos of empty store shelves, and so on). But they also bring out some of the best and most useful work journalists perform for the public: keeping people informed about what’s happening in real time, helping them find local assistance, identifying dangerous areas to avoid, and telling those who aren’t in harm’s way how they can help.

With that in mind, we’ve been looking for the most innovative digital coverage of Hurricane Sandy. Here’s what we’ve found so far. Found something else? Post a comment below. 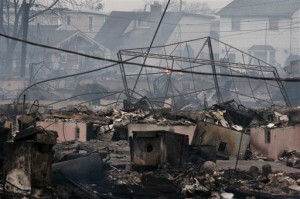 Creative Use of APIs, Data 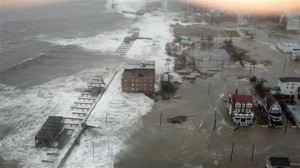 All photos on the main page linking to this post are courtesy of the Associated Press.